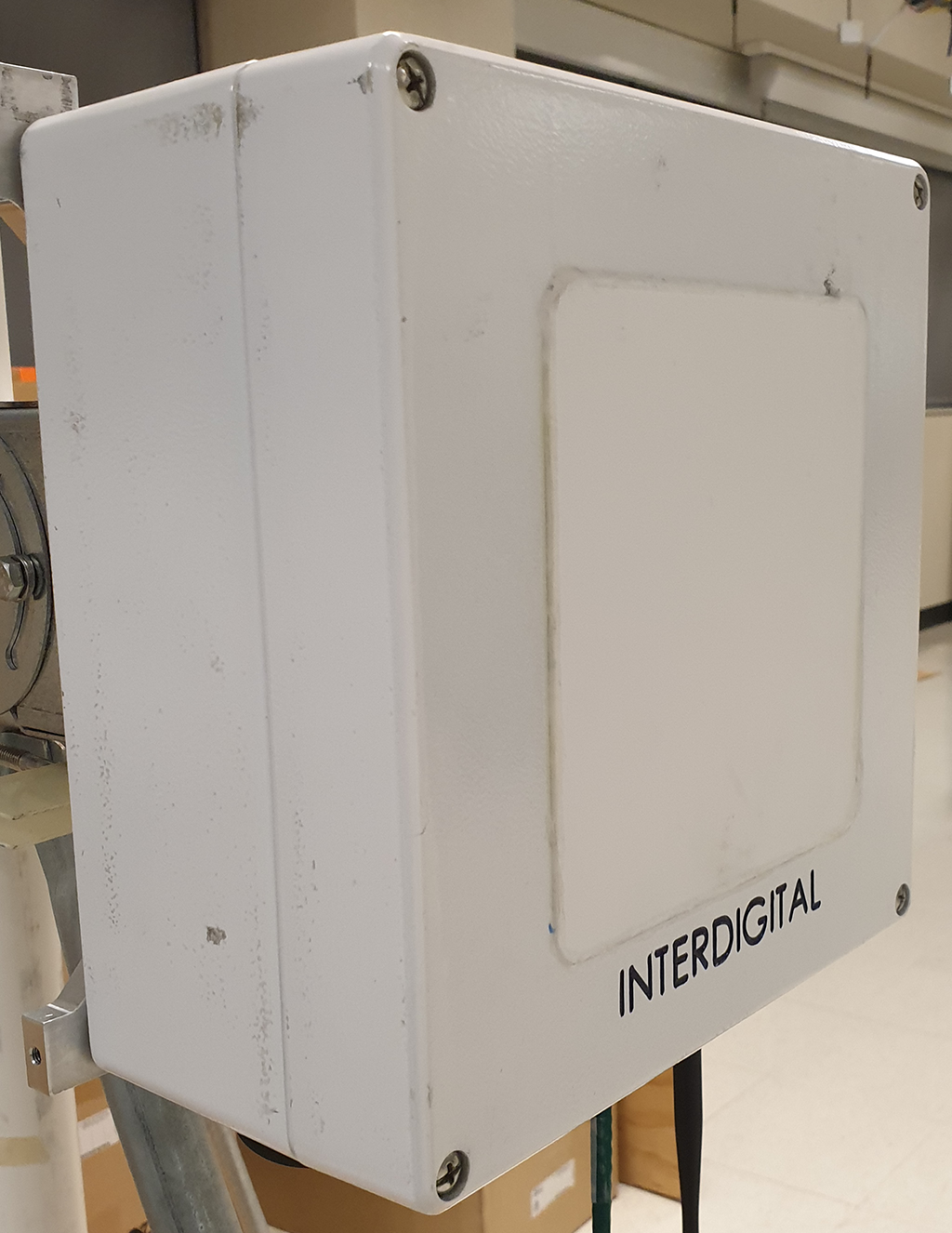 ​InterDigital's EdgeLink™ is a wireless solution delivering high capacity links with very low latency over an unlicensed 60 GHz link. EdgeLink™ is an integrated millimeter wave (mmW) Mesh transport technology with a centrally controlled Mesh software solution that resides on top of a Peraso ​IEEE 802.11ad (​WiGig) baseband. The system operates at a 60 GHz RF with a high-gain antenna (38dBi) for long range transmission. The Edgelink™ node contains a 10 GigE access port for Point of Attachment (PoA) of various devices, such as LTE eNB small cells and 802.11 Access Points which require transporting of traffic with extremely low latency. This is a low-cost alternative to fiber and microwave solutions based on compliant system with network discovery and neighbor selection algorithm built on top of SDN framework (​ONOS and ​Open vSwitch).

Each EdgeLink™ node consists of one Antenna unit w/ internal Freescale LS1043A communication processor and connects over USB3 to 1x adjacent sector antenna unit. The units are powered using Power over Ethernet (POE) injector. The node with processor unit contains an 802.11AC Wi-Fi Card for wireless debug. The EdgeLink™ network consists of at least one gateway (GW) node that is the connection point to the internet and is used to associate with up to 5 non-gateway nodes (NGW), 5 hops away.

Each sector can be configured dynamically as either a PCP or a STA by the OpenFlow ONOS controller. The Mesh software agent on each node will communicate with the centralized controller to manage the nodes in support of key Mesh features that include Network Discovery and Neighbor Selection. A thin Orchestrator client can be used for service level management to support multi-tenant service level agreements (SLA), priorities and provision dynamic transport slices via a Northbound API.

The Mesh software solution incorporates in-band signaling to support configuration of the mesh network, traffic flows and alternate paths. The OpenFlow SDN protocol is used to program the Frame forwarding flow rules to the OpenVswitch L2 Data Plane used in the mesh node software for programming the routes.

Edgelink links are TDD and can support the following traffic capacity:

As deployed in sandbox 1, the two processor units are mounted on the WINLAB's rooftop approximately 60 m apart and are available for experimentation. In addition to COSMOS deployment, the EdgeLink(TM) platform has been trialed on the following testbeds as part of the ​H2020 5G Crosshaul projects:

Note: See TracWiki for help on using the wiki.